Costs down – Quality up through innovative multi-station-injection molding

The central idea is to separate the processes injection molding, vulcanization and manipulation, checking or post-processing and to make them flexibly combinable as required. This also includes the flexibility to go either for a fully automatic or a partially operated way of production. A new feature of this system are the change mold sets, which are transferred between the work stations by a robot. That enables to run the rubber curing in the machine periphery in parallel to the molding cycle, even with different times for different parts. All in all, the LWB multi-station concept, thanks to its adaptability, offers a maximum of opportunities to increase competitiveness, as is required for the upswing after the current crisis.

With the corona pandemic the biggest economic slump since the global economic crisis of the 1930s is emerging. As in the past, business plans and sales forecasts became null and void within a few weeks. But "Corona" encountered an economy that already had suffered from individual "sick" sectors. In particular, the automotive industry and power generation, which are currently looking for alternatives to climate-damaging drive concepts. There is a lot of talk about system changes and so-called bridging technology, without a clear direction becoming apparent. All that is clear is, that traditional methods cannot offer solutions to redirect traditional industrial processes to sustainability. Therefore, new ideas and solutions are fundamentally required.

The German machine manufacturer LWB-Steinl in Altdorf-Landshut is proposing one of these new ideas in the form of its multi-station injection molding system. It roots back to fundamental developments already started two years before the Corona crisis. Their focus is, to offer a highly flexible production system that could grow with demand. In order to keep the complexity and the related costs of the injection molds low, the specifications stipulated to use the same mold size and cavity layout from initial sampling to large-scale production. The capacity adjustment should be by the number of mold sets. As a side-effect that concept offers the potential to compensate an under-utilization, through adding additional mold sets for different parts which can be produced within the same system but with different cycle times. In addition, there should be the potential to upgrade to multi-component production.

Such multi-station systems are already in use by a number of pilot users and have been further refined through the practical experience gained. Therefore they are a mature series in needs-based sizes available to all elastomer parts manufacturers.

Press modules for clamping the mold sets, transferred by a robot from the injection molding machine (on the left side) for outsourcing the rubber curing.

Flexible Multi-station Construction Kit instead of a Single-purpose Machine

Investments in production capacities are usually aimed at producing the target quantities on single-purpose machines with an optimized size/cavity-number-ratio. With this concept, which is geared towards the target unit costs of large-scale production, it must be accepted that production is uneconomical in the start-up phase until the series level is reached, unless higher unit prices have been agreed. If, due to a decline in demand, the large series capacity is not achievable, as we had to experience during the Corona crisis, economic problems are not far away. The answer to this is the LWB multi-station kit. 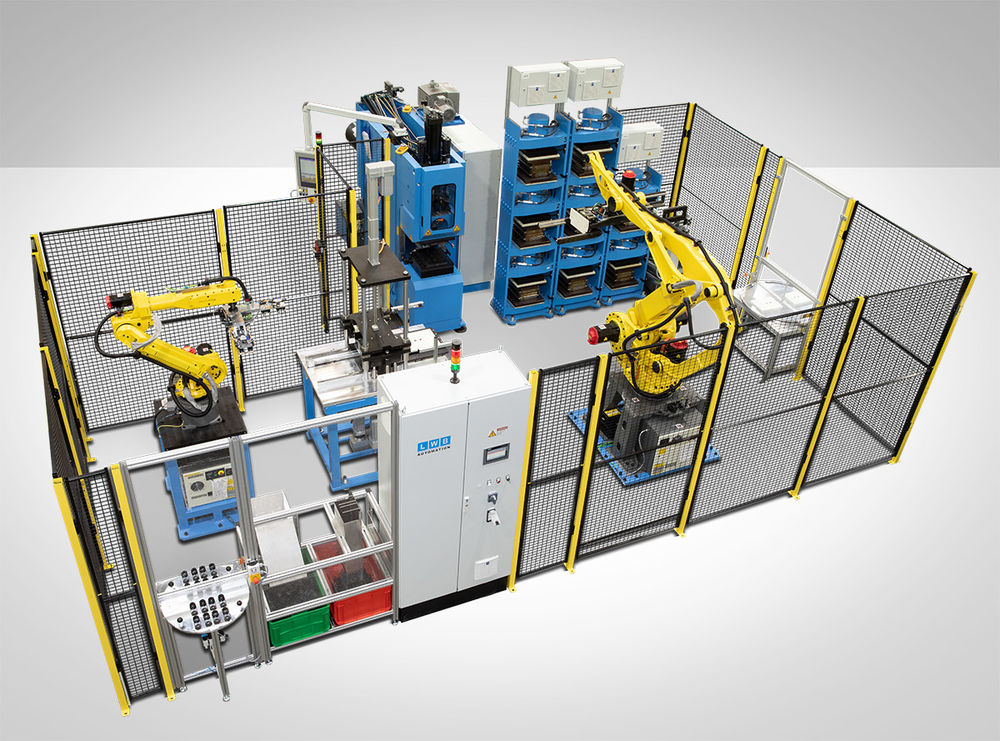 The capacity potential of the LWB multi-station production cell is derived from the separation of the injection molding, heating, demolding and post-processing processes. The capacities of the individual workstations can be combined as required. 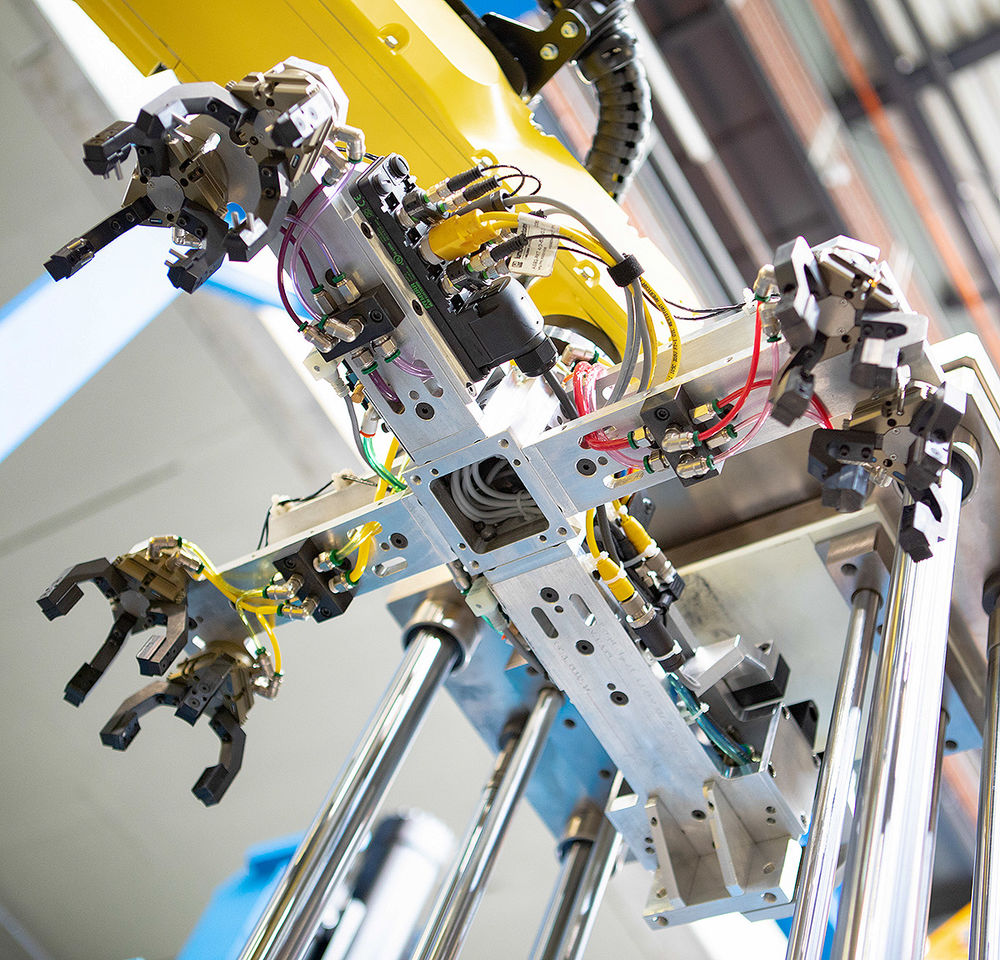 3-station manipulation head for inserting a metal wheel hub and polyamide outer sleeve, as well as removing the finished part.